From Caribou to Portland, last Christmas was among the warmest on record. But this year, the temperatures in Portland could flirt with the record high.

Portland’s record for a high temperature on Dec. 25 was 53 degrees, which happened both last year and 20 years before, in 1994, according to Nikki Becker, a meteorologist at the National Weather Service office in Gray.

As of Thursday morning, the NWS was forecasting Christmas Day in Portland to be sunny, with highs around 52 degrees — just shy of the record. The coldest Christmas was in 1980, when lows hit -16 degrees, according to records kept since 1940.

What about the rest of Maine? Here are some facts, according to the NWS:

And as for that whole, “White Christmas” thing? The NWS actually calculated the odds for both Bangor and Caribou, including the chances we would see greater than one inch of snowfall on those days . 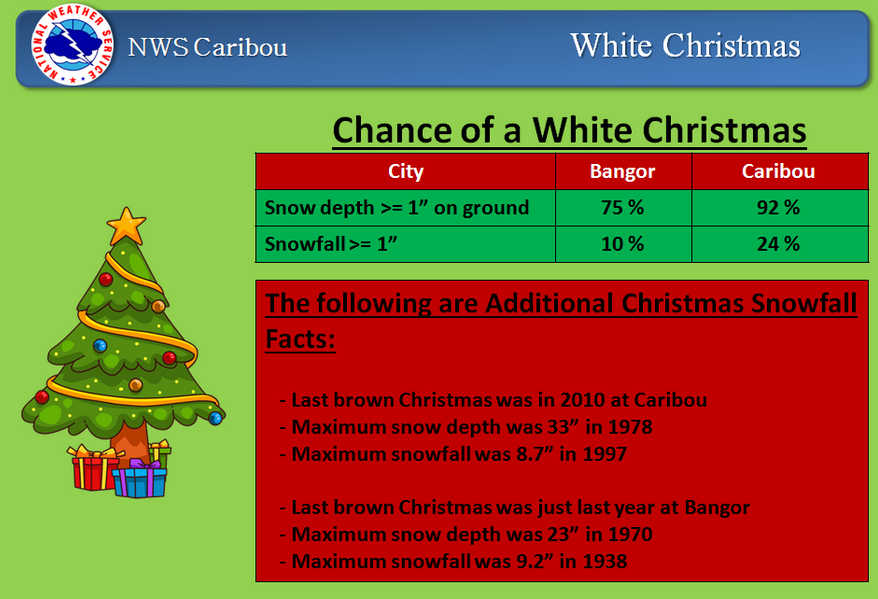 ThinkMaine is a place for stories, photos and videos that may make you stop and think differently about Maine — about the ecology, history and lifestyles of Maine. Visit this site for thought-provoking information about Maine's science or heritage that puts the state's current and future challenges in perspective.

Notes from a Corner of the Country

Notes from a Corner of the Country

He Said It Right

The importance of political spending is overblown

The importance of political spending is overblown

Vaccines are the most effective way to protect our kids

Vaccines are the most effective way to protect our kids

Maine and its Marijuana Market

Maine and its Marijuana Market

Senator Collins must think that most Maine voters are idiots